Well, the Cartridge binding issues that can cause filament flow errors etc.. might be over.
Cubify made some changes to the cartridge. 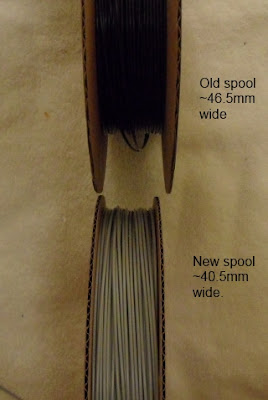 October 2013  Update:
Well, I still have some winding and binding even with the new spool design, so if one binds once, I take the spool out of the cartridge and run externally.

cubeX-3D-printman
I could not find any other blogs about the new CubeX so I created this one to be able to share my experiences, tips and tricks. Hopefully other users will join the user group with their constructive input.(see link in post). My back ground is mechanical engineering. Thanks for checking out this blog. Rick